Summary: An explanation of the data provided in the Health Dashboard with regard to Technical Debt (OMG).

The Technical Debt metaphor was introduced by Ward Cunningham to describe how sub-optimal design decisions, often made to meet schedules, accumulated a debt that had to be repaid through corrective maintenance during future releases.

The violations of choosing "debt" as a metaphor engages a set of financial concepts that help executives think about software quality in business terms. The components that comprise Technical Debt provide a foundation for the economics of software quality. The metaphor can be partitioned into the following elements: 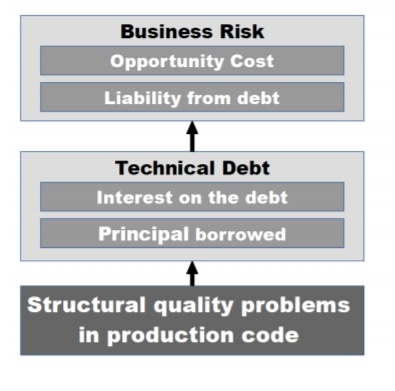 Technical Debt measure is calculated as the total effort required to remediate all CISQ patterns. A Pattern (or Source Code Pattern) designates a set of elements and their relationships that can be detected through automated matching of the pattern description with structures in the source code.

A pattern remediated effort is derived by summing up all the occurrence remediation effort. An occurrence (or Pattern Occurrence) designates a single instance of a Source Code Pattern (or Pattern) representing a weakness that has been implemented in the measured software (ASCMM, ASCRM, ASCPEM, ASCSM): 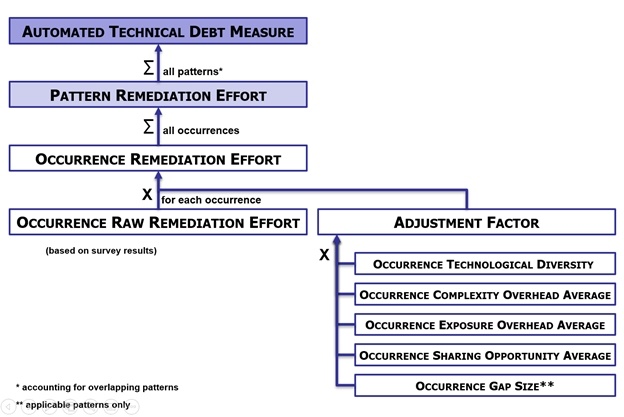