The analyser skips files that are recognized as forming part of testing code, i.e., in principle code not pertaining to production code. The reason to avoid inclusion of testing code is that many quality rule violations are overrepresented  in test code, either because tends to be more sloppy code (certainly not critical) or prevalence of particular testing patterns. Accounting for test code would impact negatively the total score of the project. The heuristics used by the analyser are based on detecting unit-test library imports, and file and path naming conventions as summarized in the table below: The objects corresponding to the code of the file1.py file are inside the Universal Directory root object. Additionally the analyser will automatically generate a Python external library object representing the Python Standard Library. Within this, the Python built-in library is abstracted as a Python source code object named builtins.py, with its corresponding open function and file class (abstracting general file-like objects) that contains the above mentioned methods. No differences are considered between Python2 and Python3 built-in functions. Notice the external character of these objects denoted by gray-shaded icons in the left Object Browser panel. 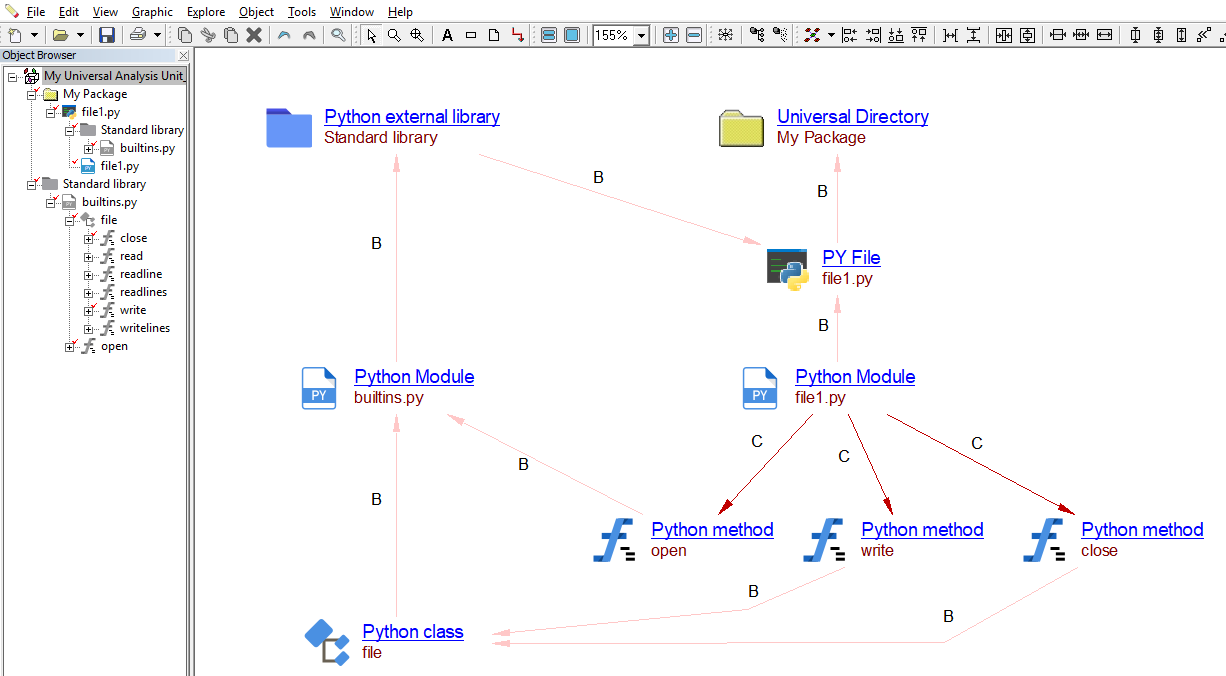