Skip to end of metadata Go to start of metadata
Summary: This page explains how to prepare and configure the analysis of your Flex source code.

Flex source code needs to be preprocessed so that CAST can understand it and analyze it correctly. In previous releases of the extension, this preprocessing was a manual action that needed to be completed before the code was analyzed. However, in this release and all future releases, the code preprocessing is actioned automatically when an analysis is launched or a snapshot is generated (the code is preprocessed before the analysis starts). In other words you only need to package, deliver and launch an analysis/generate a snapshot for the preprocessing to be completed.

When delivering your source code for analysis with CAST, you need to follow the same process as for technologies that are supported by CAST "out of the box". In other words: 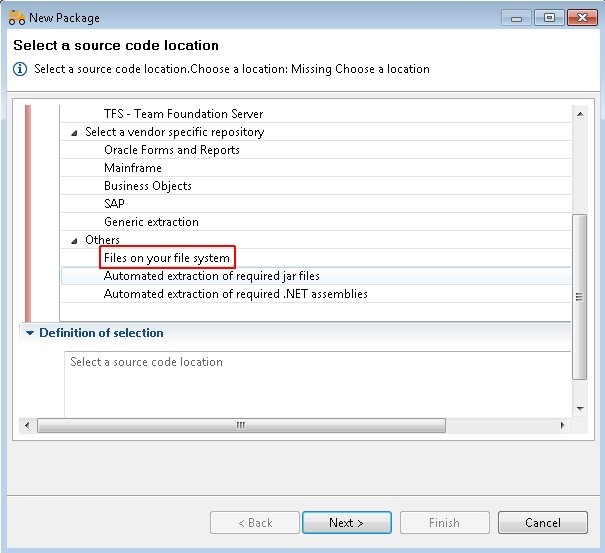 Analysis logs are stored in the default locations used by the CAST Management Studio.

Flex Preprocessor log files (the preprocessor is launched automatically during an analysis) are stored in the following locations:

FlexPMD log files (FlexPMD is launched automatically during an analysis) are stored in the following locations:

The Flex configuration included in the extension uses external plugins. During the analysis, the Universal Analyzer or the plugin may throw errors or warnings. The table below list the most significant errors/warnings and lists a suggested remediation action: