Skip to end of metadata Go to start of metadata
Summary: this page provides an explanation of the EJB 3.x Framework.

EJB is a server-side model that encapsulates the business logic of an application. The EJB specification intends to provide a standard way to implement the back-end 'business' code typically found in enterprise applications (as opposed to 'front-end' user-interface code). Such code was frequently found to reproduce the same types of problems, and it was found that solutions to these problems are often repeatedly re-implemented by programmers. Enterprise JavaBeans were intended to handle such common concerns as persistence, transactional integrity, and security in a standard way, leaving programmers free to concentrate on the particular problem at hand.

By default, the analyzer will assume that EJB 3.x is used in the application source code and will automatically apply this environment profile.

In the JEE Application or Analysis Unit configuration, you need to select an XML directory that contains EJB 3.x Configuration files. EJB 3.x XML file is usually named ejb-jar.xml and refers to the EJB 3.0 xsd:

Some of the EJB 3.x annotations are managed through this Environment Profile. Remaining annotations will be handled in future releases. 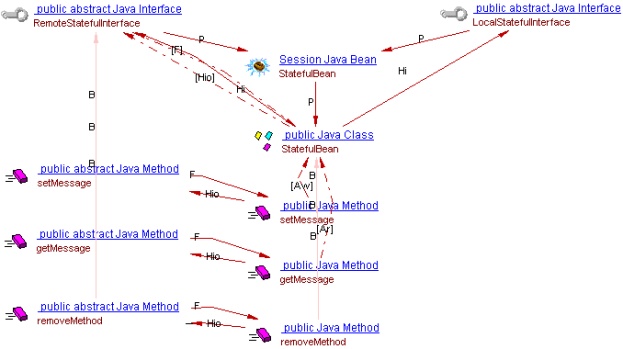