If this is is the case, you can "refine" the Target so that only specific components (for example only SQL Tables) are considered as the Target, rather than the source code in an Analysis Unit or in an entire Technology within an Application. 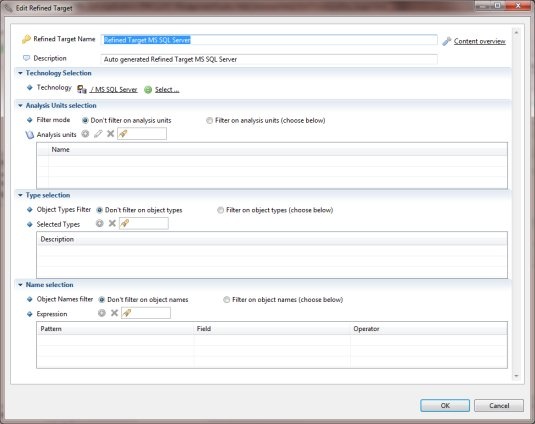