The NuGet Resources Extractor provides the means to configure an automatic extraction of NuGet package dependencies from a NuGet repository for use during a .NET analysis. In other words, NuGet package based source code that resides in a simple local or nuget.org location. This extractor should be used when you want to extract packages (.nupkg) based source code that is stored in a NuGet repository. For example, when your .NET application contains .csproj files which have package references defined, you can use this extractor to extract those NuGet packages from the NuGet repository. Example package references in a .csproj are shown below:

The content of the packages.config file (if this file is delivered and referenced via the .csproj file) is handled differently depending on the release of AIP Core you are using on your AIP Node to perform the analysis:

CAST highly recommends that Win32 long paths is enabled on the AIP Node on which the .NET analysis will be run: the extracted package dependencies are stored inside a folder called "nugetPck" which is located in the Deployment folder. Depending on where the Deployment folder is located, the path to the extracted package dependencies may exceed the default 260 character length, which would cause the analyzer to fail to access the dependencies during an analysis. To enable long paths, use the Local Group Policy Editor (gpedit) on the AIP Node and drill down to: 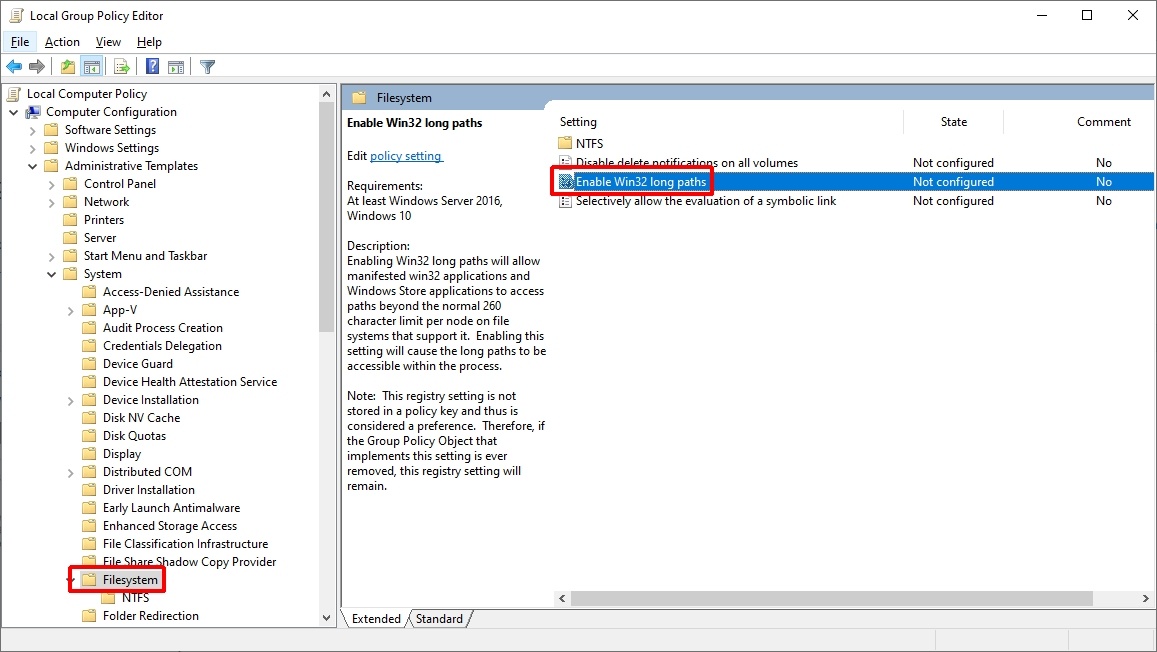 Then double click the Enable Win32 long paths option to enable the setting: 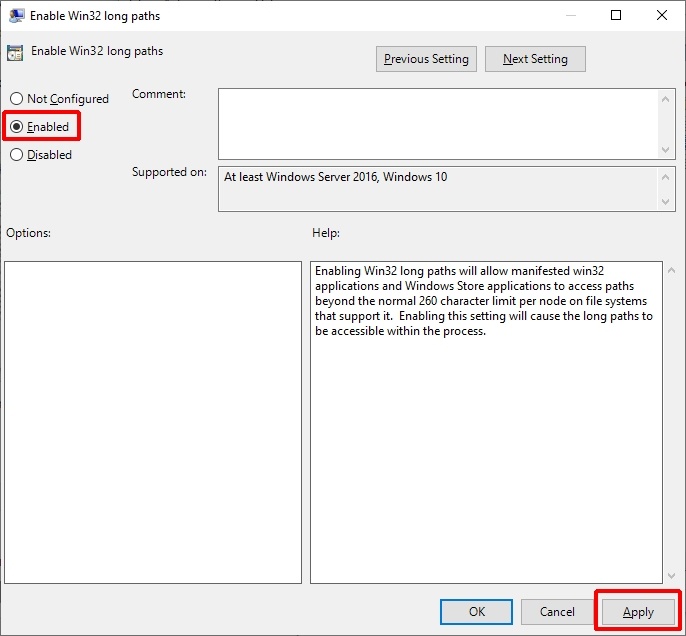 Using the extractor with AIP Console

The extractor will be automatically downloaded and installed in AIP Console when at least one .csproj file is delivered for analysis. You can also manually install the extension using the Application - Extensions interface.

In AIP console this extractor is driven by the %PROGRAMDATA%\CAST\AipConsole\AipNode\aip-node-app.properties file attribute scanner.nuget.repository:

By default this attribute is present and will accept two values:

If a .csproj file is detected in the delivered source code, the extension will be downloaded and installed as part of the analysis process. If the .csproj file contains package dependency references, these references will automatically be accessed and extracted to a dedicated folder called nugetPck in the Application's Deployment folder:

These references will then be used during the .NET analysis.

Using the extractor with the legacy CAST Delivery Manager Tool