Then each Added, Modified or Deleted Data Functions and Transactional Functions are weighted using OMG tables.

This chapter presents how the OMG AEP specification is implemented in CAST AIP. For detailed information about the OMG Automated Enhancement Points specification, please refer to the OMG documentation at http://www.omg.org/spec/AEP/.

Note that for new Applications on-boarded in this release of CAST AIP this measurement mode is ALWAYS USED by default instead of EFP mode.

What about Data Functions and Transactional Functions? 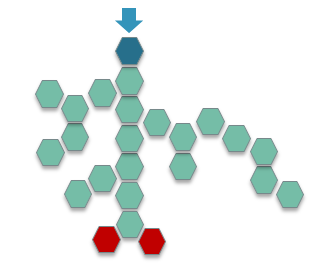 The OMG AEP specification takes into account both functional and technical parts of applications. It is one the main differences compared to the Enhancement Function Points measure. As a consequence, the total number of AEP is obtained with the following formula:

Each Artifact EC category gets an EC value, which can be overridden for specific technologies. Defaults are as follows:

As defined in the OMG AEP specification, the Complexity Factor (CF) varies with the status of the Data Functions, the last operations that have been performed by automatic calibration algorithm, and the changes done on data entities.
The Complexity Factor is defined as follows:

As defined in the OMG AEP specification, Automated Enhancement Technical Points (AETP) assess the changes made to the technical part of the application.

Transitioning from EFP to AEP

When changing the measurement mode it is important to take into consideration the impact this will have on the analysis/snapshot results and that it will introduce a disruption into the measurement trending. There are important differences between the two measures (AEP and EFP) that must be understood:

When moving from EFP to AEP to get more precise values, results will show objects that do not belong to the reduced transaction call graph as "added" and this will impact the measure, even if these objects have not really been added. Points related to the technical part of the Application will also appear in the results. Moreover, taking in to account object complexity to weight the FP values will impact the results as well (see image below):

Changing the measure from EFP to AEP

Moving in the opposite direction from AEP to EFP will result in having objects that do not belong to the full transaction call graph to be considered as "deleted". This will also impact the results, even if those objects have not been really removed. In addition, Complexity Factors will be replaced by Impact Factors that are set to 1 by default and points related to the technical part of the application will disappear (see image below):

Changing the measure from AEP to EFP

If you plan to change the measurement mode, it is necessary to recreate a new baseline snapshot. To do that, after you change the measure you must generate a new snapshot for the same Application version but it must not be considered as consistent for the new measure. The next snapshot you generate for the Application will be consistent and can be used as the first snapshot using the new enhancement measure.