Skip to end of metadata Go to start of metadata
Summary: this page describes how to grant/revoke existing roles to your users and groups.

A user with the ADMIN or SUPER ADMIN role is required.

The Users panel enables you to grant/revoke existing roles to your users and groups:

Assign a role or roles to users or groups

Choose the role or roles you require using the drop down list (you can create new roles in the Roles panel). When assigning multiple roles, the role with the most permissive behaviour will override other roles. 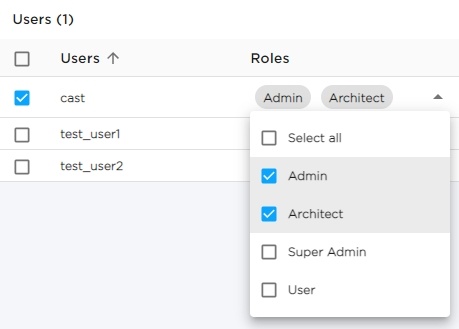 You can also (in ≥ 2.10) assign roles to multiple users/groups in one go by selecting the user/group and then using the edit icon:

Then select the role(s) you require - you can select multiple roles. The selected roles will be applied to the user/group:

Grant the Tutorial permission to users/groups

To allow users/groups to use the Tutorial feature, you will need to grant the permission on a user or group basis. Select the user/group you want to grant these permissions to (1), and then click the icon highlighted in the top right (2):

If you need to edit existing roles for a user/group, you can use the dropdown list to change the role that has been assigned: 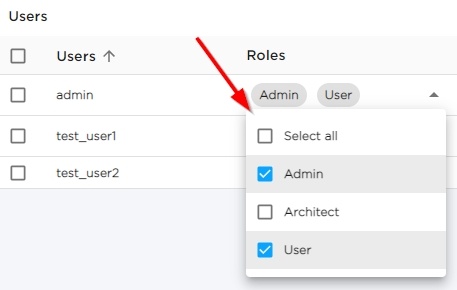 You can also (in ≥ 2.10) edit/delete roles for multiple users/groups in one go if they all have the SAME roles assigned to them. Select the user/group and then use the edit icon:

Click the role(s) you want to remove - you can select multiple roles. The selected roles will then be removed from the user/group:

The user or group will now have no roles or permissions assigned to it.