Summary: this cookbook provides IT Infrastructure experts with the information they need to plan a deployment of the CAST Application Intelligence Platform.

Note that the diagram below shows a medium/large/enterprise deployment (see Hardware sizing considerations below), however, CAST AIP can also be deployed on one single machine, if the environment and analysis expectations are small. 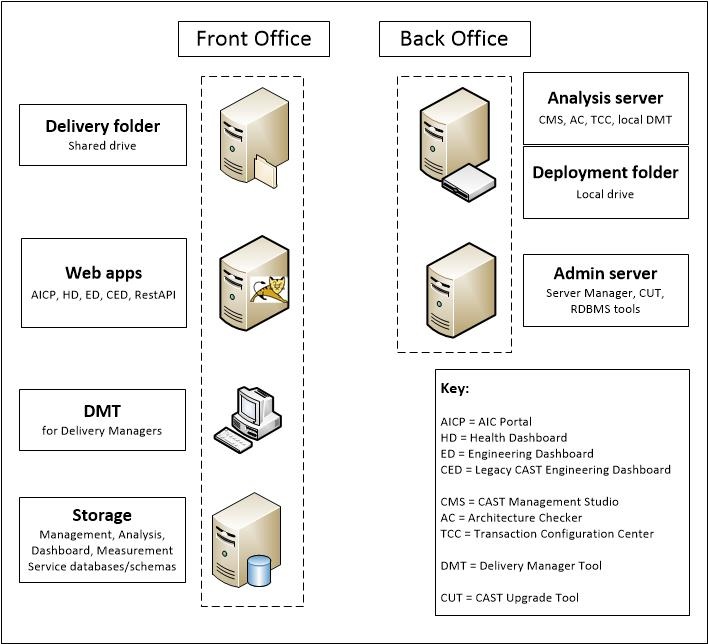