Summary: Information and Release Notes about the C and C++ File Discoverer 1.1.x for the CAST Delivery Manager Tool. This extension is a file discoverer.

CAST highly recommends that you use the CPP Compilation Database Discoverer extension instead of the C and C++ File Discoverer.

The CPP Compilation Database Discoverer extension detects projects based on the presence of specific build compilation output files and their content. It can be used in conjunction with:

This discoverer detects projects based on the presence of C or C++ files according to a list of extensions declared for these languages.

This extension should be used when you don't use Microsoft C/C++ projects to build your C/C++ application. Project files such as makefile are not supported by the discoverers provided "out of the box" in the CAST Delivery Manager Tool. Therefore, this extension acts as a kind of "catch-all" to ensure that all C and C++ files will be packaged for analysis.

What does the extension identify - i.e. what does it consider as a "project" and therefore an Analysis Unit in the CAST Management Studio?

As such, given the following folder structure (for example):

Using this extension with the above folder structure will yield a project called "src" with a root path folder1/folder2/src. This project references the folder corresponding to the root in order to include all C/C++ files. If header files are found outside the top-folder, they are not added in the references of the project.

Note that even if the extension is activated, NO project will be created when at least one Microsoft C/C++ .vcproj or .vcxproj project definition file definition is identified in any location under the root path (including recursive sub-folders).

When upgrading from CAST AIP 7.0.x to a compatible version (see section below), the java projects already discovered in CAST AIP 7.0.x and all previous configuration changes made in the CAST Management Studio will be preserved.

In order to respect this requirement and the project renaming conventions from v7.0.xx, the extension will remove any character from the project name that is not included in the following character set:

New in this release

The following screen shots show the differences in the product when the extension is installed: 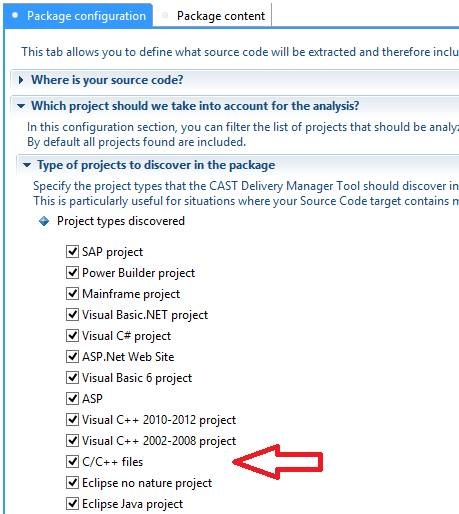 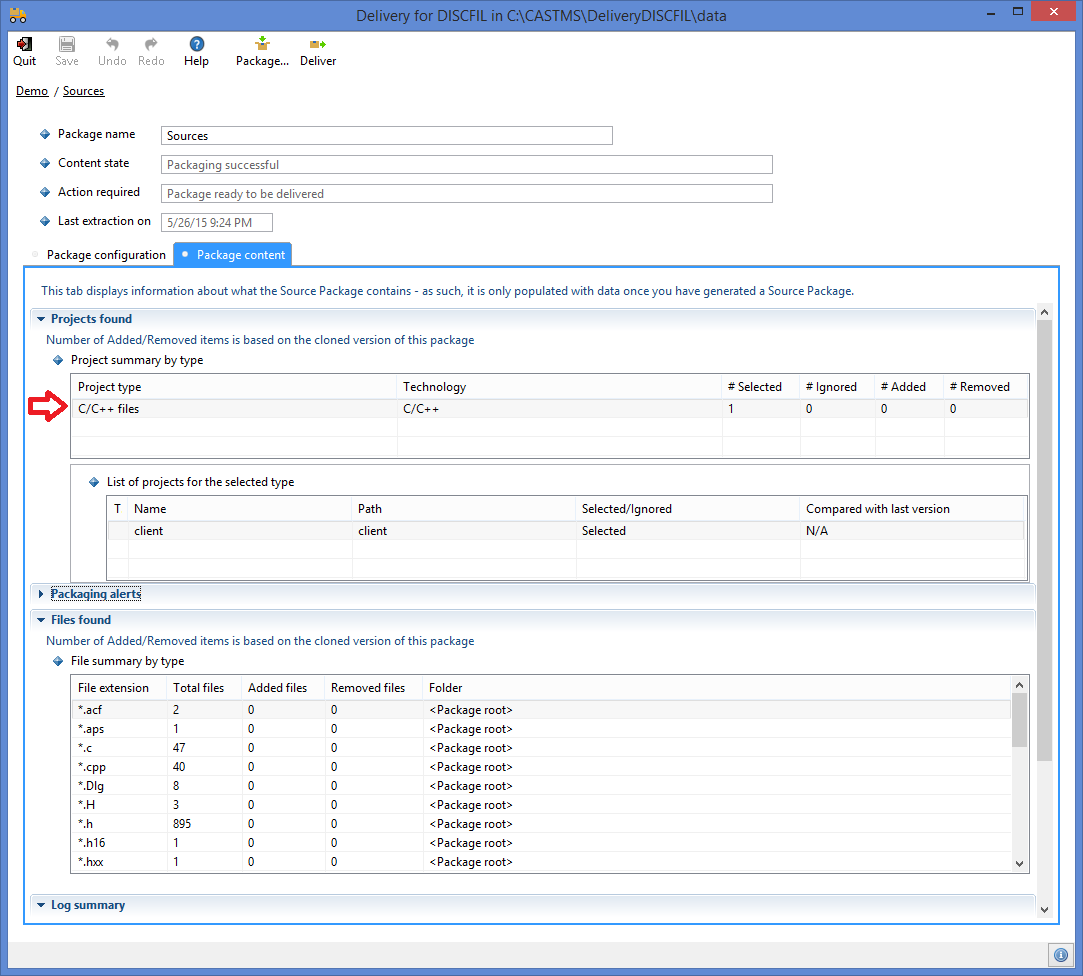 Note: please ensure that you exclude projects that correspond to the same source code. If you have some Visual C++ discovered projects inside the same package, CAST recommends deactivating this discoverer. 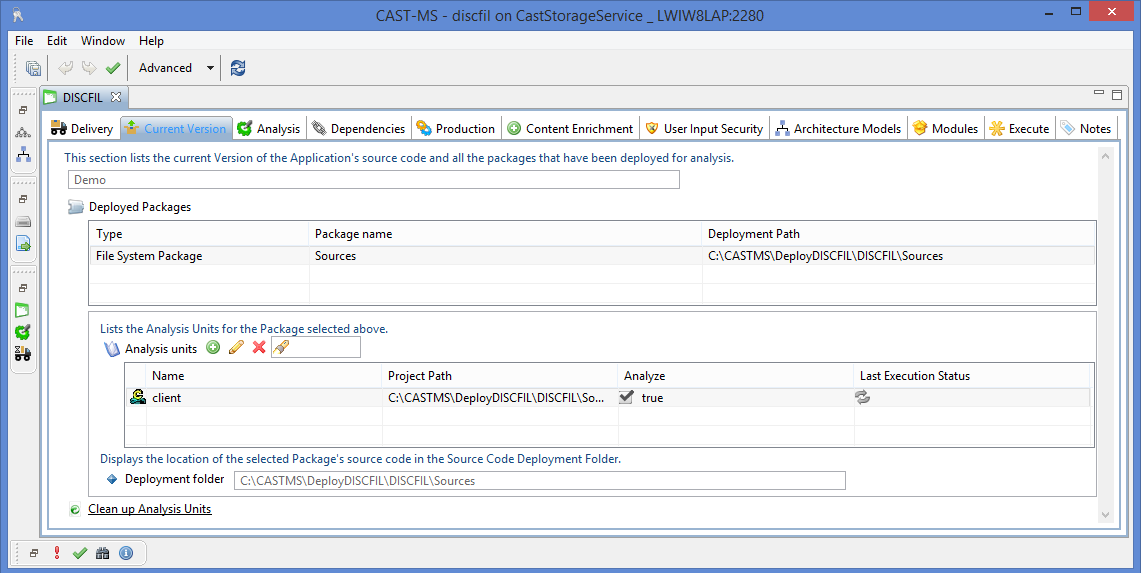 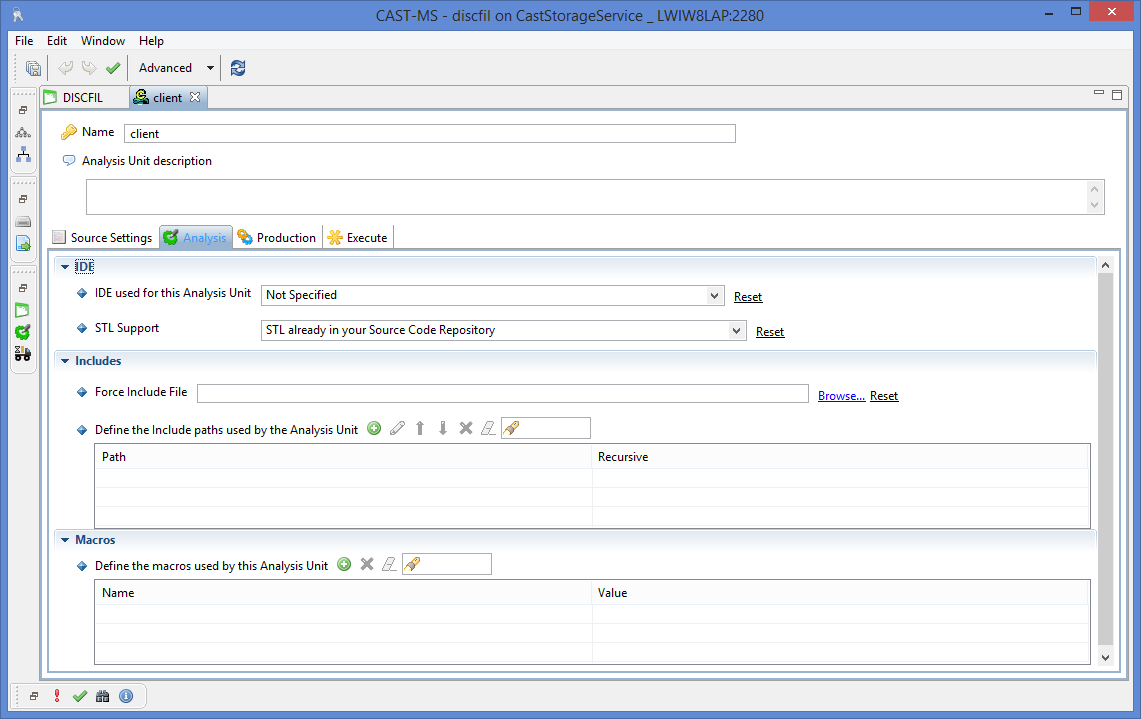 Packaging your source code with the CAST Delivery Manager Tool