See ISO declaration of conformance for more information about the standards that CAST AIP conforms to for AFP. 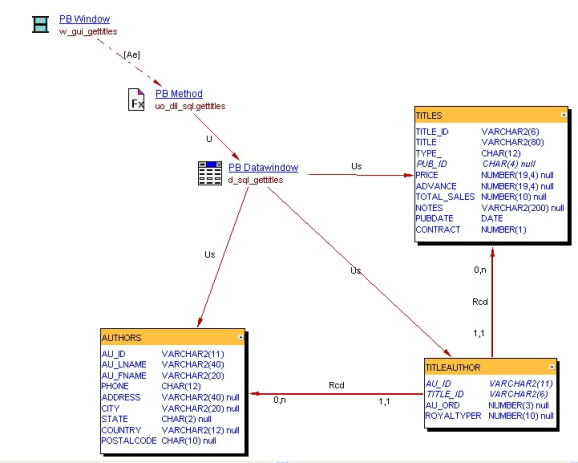 CAST AIP use two distinct measures to calculate enhancement Functions Points - these can be chosen when you generate a snapshot with the CAST Management Studio:

Note that this measure is used by default from CAST AIP 8.2.x onwards.

CAST integrates the estimation of OMG Automated Enhancement Points (AEP). Like EFP, the feature helps to evaluate overtime the size of evolutions implemented by teams producing applications. It computes and displays data functions and transactional functions that have been modified, added, or deleted, and information on the technical components of applications that do not belong to any transaction. The unadjusted function points that are calculated are weighted with Complexity Factors based on the objects complexity.

This feature helps to evaluate overtime the efficiency of teams producing applications. It is particularly useful in outsourcing contexts as many outsourcing contracts are based on FP when it comes to determine the size of the deliverables. This feature computes and displays data functions & transactional functions that have been modified, added or deleted. For each application, CAST AIP will provide 3 different pieces of information:

Differences between the two measures

The main differences between the legacy Enhancement Function Points (EFP) mode and the Automated Enhancement Points (AEP) mode (introduced in CAST AIP 8.2) are as follows:

The table below summarizes these differences:

When computing the Function Point values for an Application, the log file of the CAST Management Studio (i.e. the snapshot generation log) and the CAST Transaction Configuration Center will contain information about whether the computed call graph is "reduced" or "full". The information will look like this:

Unadjusted Data Functions metric for an application is computed the following way:

The main case development below is for SQL databases and Mainfraime IMS databases.

As explained below it is possible to configure Table Prefixes for a database schema. A table prefix is a set of characters that are systematically added at beginning of table names like 'T_' or 'SYS_' or 'APP_'. Whenever prefixes are defined for a schema, the prefix is removed from table names before the check of naming convention.

As an example, for tables called 'T_SALES' and 'T_SALESDETAILS' and a prefix set by configuration to 'T_', the naming convention check will be done on 'SALES' and 'SALESDETAILS'.

For a database schema, the result of is a list of Data Entities each one being composed of one master table and 0 or more Detail tables.

Compute RET and DET for each Entity

RET = Record Element Types
= Number of tables belonging to the data entity
= 1+number of detail tables.
Or = number of IMS segments
Or = 1 for GSAM/VSAM data files.

Compute Function Points for each Entity

The basic mode assumes that all entities are ILF (Internal Logical File). It is used whenever the source analyzer used can not identify Insert, Update, Select, Delete statements.

The Advanced mode identifies ILF (Internal Logical File) and EIF (External Interface File). To do so, CAST uses the information from the source analyzer that describe the action made on the tables or data files : Insert, Update, Select, Delete statements or Read/Write. "ILF are group of data maintained through an elementary process within the application boundary being counted." Maintained means the data are created, deleted, updated within the application. The Advanced Mode works as follows:

The goal is to differentiate ILF & EIF using I,U,S,D Link Information. Any Data Entity that has one of the following characteristic will be identified as an ILF

Other Data Entities will be identified as EIF.

The ILF OMG-compliant Automated Function Points is computed as follows:

The EIF OMG-compliant Automated Function Points is computed as follows:

As an example, this figure captured from CAST Enlighten shows a Data Entity. The tables that are part of Data Entity are identified by retrieving all tables that have Primary Key – Foreign Key relationship with the table called SALES (master table).
Then within this set of tables, the engine identifies SALESDETAIL to be part of the data entity because it shares a naming convention with the SALESDETAIL table.

In the following example, the result of the counting will be 7 FP: 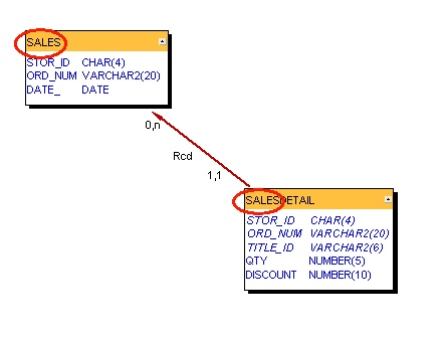 With the current Function Points Estimation method, the Data Function count is based on the following assumptions:

The CAST Transaction Configuration Center enables you to exclude technical elements before or after the Function Points estimation is executed. Users usually exclude the temporary, template and auditing trail data based on naming convention or inheritance. Here are examples of such typical excluded naming conventions 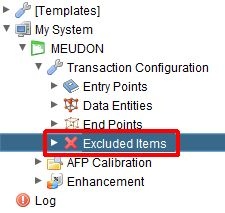 In order to increase the accuracy of the algorithm, it is possible to take into account technical naming conventions, table prefixes, when the algorithm groups several SQL Tables into data entities. A table prefix is a set of characters that are systematically added at beginning of table names like 'T_' or 'SYS_' or 'APP_'.  Using the CAST Transaction Configuration Center, it is possible to configure several Table Prefixes for a given database/schema, so that the Data Function Algorithm removes the prefixes from table names before trying to group together several SQL Tables into one data entity: 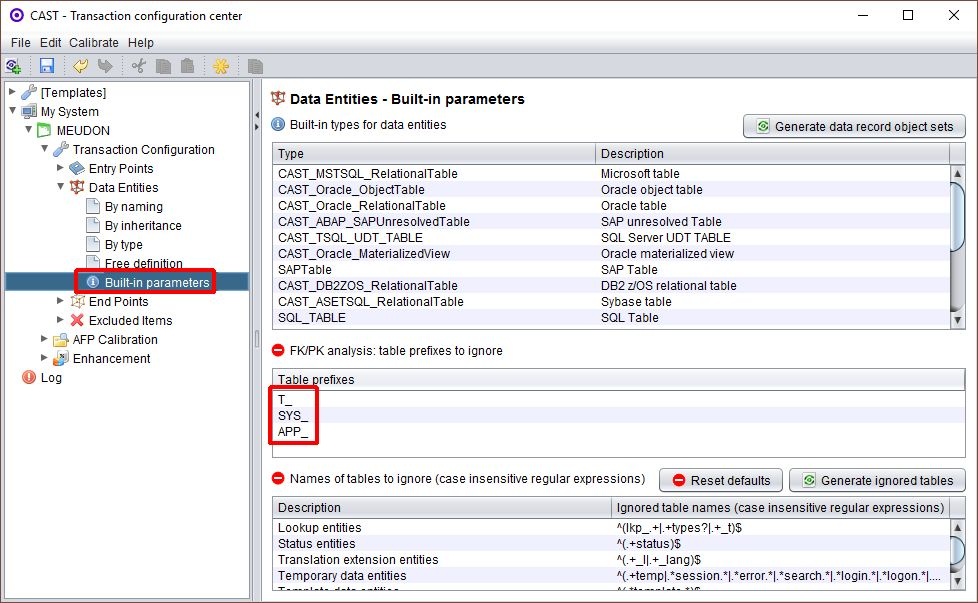 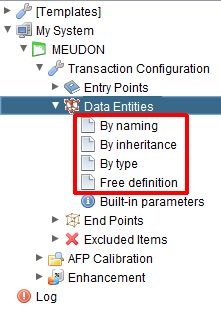 Note that CAST provides a predefined set of Data Entities in the "Built-in parameters node".

The Unadjusted Transactional Functions metric for an application is computed the following way by the CAST AIP estimation method, which:

For the following technologies, the entry point list is automatically created based on user forms concepts that are built-in the programming language:

For example, if the transaction entry point is class, the engine will explore all the dependencies including those implemented in the methods and fields of the class.

For COBOL programs only, the FP estimation engine identifies also the files and the IMS databases accessed by the entry point.

Compute FTR and DET for each entry point

For each Entry point, the following numbers are computed:

For all the User Entry points, the Function Points metric are computed as follows. There are 3 types of Transactional Entities:

The enhanced mode will enable the differentiation between EI and EO/EQ (at this stage, it is not yet possible to differentiate EO from EQ). A Transaction is identified as an EI if the transaction contains at least one Insert, Update Delete link of a Table or at least one Write link on a file/IMS Database used. All other transactions will be indentified as EO/EQ.

The EI number of Function Points is computed as follows:

The EO/EQ transaction type will be computed as follows:

When Insert/Update/Delete/Select information is not available, the default value is set to be the ones used for EI and EQ.

As an example, this image captured from CAST Enlighten shows a transactional function to illustrate how the CAST Estimation algorithm counts function points for it. The PowerBuilder window called "w_gui_newsale" is listed as language built-in user form and the CAST Estimation algorithm runs a search automatically to identify the tables, data files etc. used. Here in the example, the engine finds 2 file type referenced (FTR):

The Salesdetail table has been found to be part of the SALES FTR.

In the following example, the result of the counting will be 7 FP 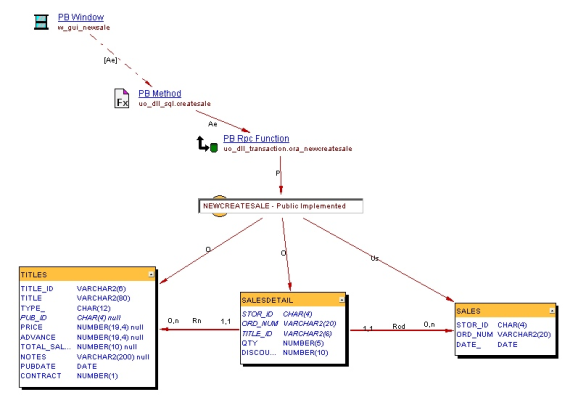 To compute the Transactional Functions, it is necessary to identify the User Interface elements (windows, web pages or buttons used on theses windows and web pages) or batches entry points. While the concepts of User Interface elements are built-in for many 4GL languages, they are not built-in in languages such as C/C++, Java and COBOL and then depend on the library or frameworks used. 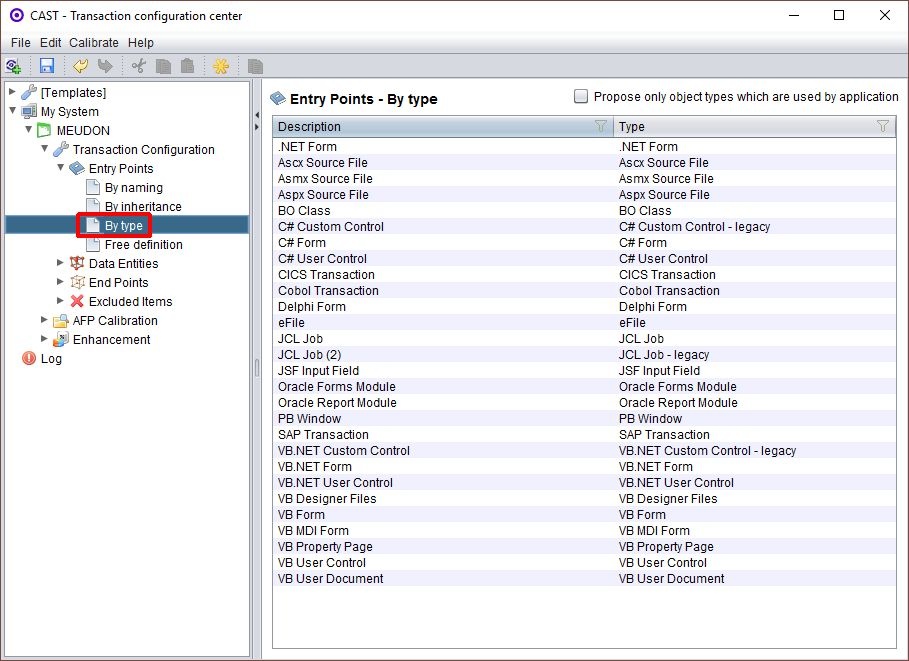 CAST offers built-in support for EAI Services and Web Services. Indeed, enterprises are deploying more and more IT applications using web services and without a direct access to relational database. To enable easy counting of applications, CAST FP estimation algorithm provides the ability to define a set of functions/programs that are used either as :

Example: the application does not use a database but simply sends messages to another one. Then data entities can be automatically identified by CAST through configuration.  This is done by configuration using inheritance, naming convention or a specific object type to identify services that are to be counted as data entity and as a transaction end point without FP weight. 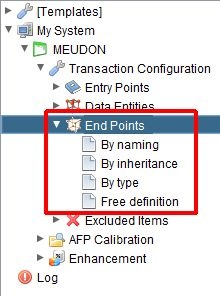 As explained above, CAST FP estimation engine uses an impact and search algorithm that explores all the dependencies starting from the entry point down to the data functions. However, CAST field research has demonstrated that some specific applications have clusters of thousands of objects that are highly coupled. These clusters appear when there is a central component that handles in a way or the other all the transactions. Integrating these highly coupled clusters often leads to overweight the transactions and to have all transactions using all data functions. This is why the CAST FP estimation engine removes from the results the clusters of highly coupled objects and theses call paths are then removed.