The Maven Project Discoverer is not currently provided as an extension: instead it is embedded in CAST AIP and is therefore present "out of the box".

Configures a project on each folder that contains a pom.xml file except when the type of packaging declared in the pom.xml is "pom". 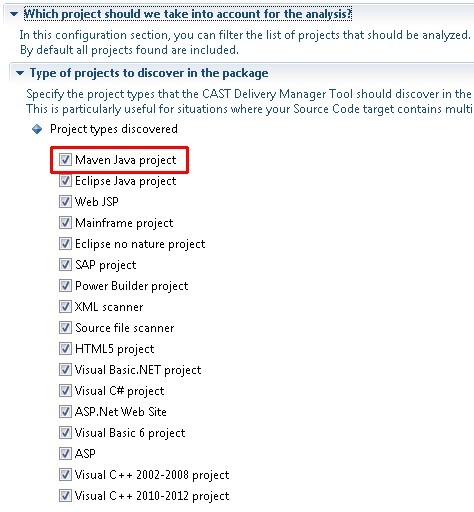 When a dependency <version> is defined in a <properties> tag in the parent pom.xml, then the CAST Delivery Manager will be able to successfully locate the project. However, if the <properties> tag is then followed by a <profile> in a <profiles> tag, the CAST Delivery Manager is not able to recognize the dependent project and an undefined variable alert will be raised for this. To solve the undefined variable alert: