The Eclipse Project Discoverer is not currently provided as an extension: instead it is embedded in CAST AIP and is therefore present "out of the box".

Configures a project for each Eclipse Java project (.project with Java nature) identified: 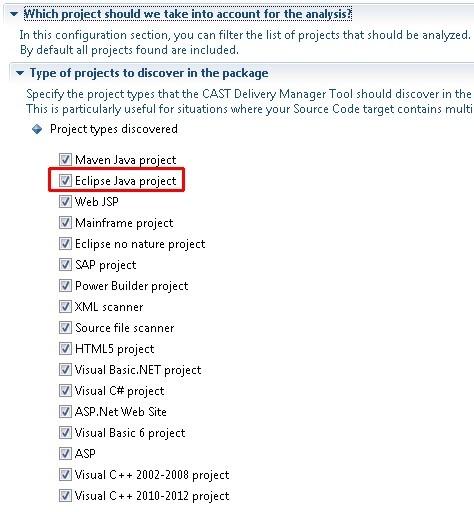 When packaging Eclipse based Java code in the CAST Delivery Manager Tool, you may receive Missing source folder alerts even though the source folder that is recorded as being missing is actually present in the source code. This alert is usually generated when no .project file has been found in the folder that is recorded as being missing. To resolve this alert, you can manually add the missing .project file and then re-run the packaging action.

See also How do I fine-tune my Version for more information.