Three new screens have been added to the CAST AIP installer (setup). These screens are visible only when installing CAST AIP in a non-upgrade scenario (i.e. CAST AIP from the same major/minor release track does not already exist on the machine) and allow you modify the locations for various CAST log, temporary and miscellaneous files. These locations will be valid for all CAST applications. There is no requirement to change these path locations unless you need to - the paths suggested in each screen are the default locations used by CAST AIP. The locations can be overridden once the setup has completed by modifying the CastGlobalSettings.ini file. See Install CAST AIP from setup.

The CAST Application Analytics Dashboard (AAD) has been renamed as the "Health Dashboard" (HD). Documentation has been updated to reflect this name change. In addition, certain items and components have been renamed within the dashboard interface itself.

A new panel of information called "Ratios" is now available in the Enhancement node, providing information about the elements (artifacts, objects etc.) that comprise the current Application and snapshot:

Links that have been modified using the Transaction Graph Adjustment feature are now highlighted as dashed black lines in the Call Graph and Full Call Graph. For example (click to enlarge): 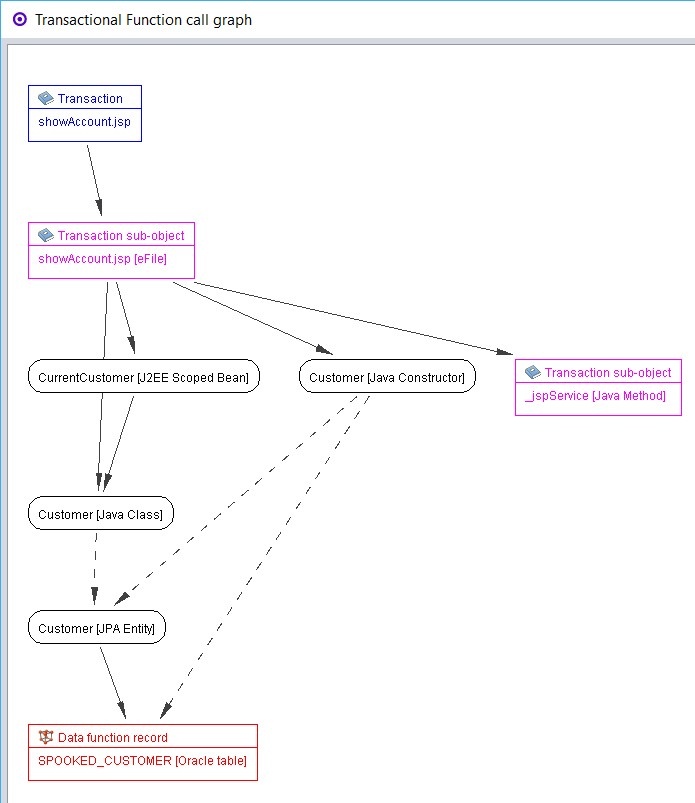