An interface exists in CAST Extend (the live version available at https://extend.castsoftware.com to ) to create a new "bundle" containing the extensions you require, however, this interface only allows official CAST AIP extensions (known as "product" extensions) to be included. As a result, the ExtendCli tool has been developed to allow the integration of User Community and Labs extensions, as well as Product extensions (see Contributor types for more information about the types of extensions that are available) into CAST Extend local server/Offline/Proxy.

When you generate the package, it will create the .extarchive file <last package name|default package name>.extarchive which can then be uploaded into your CAST Extend local server/Offline instance. You must define a folder where the archive file will be placed and the folder must exist already: 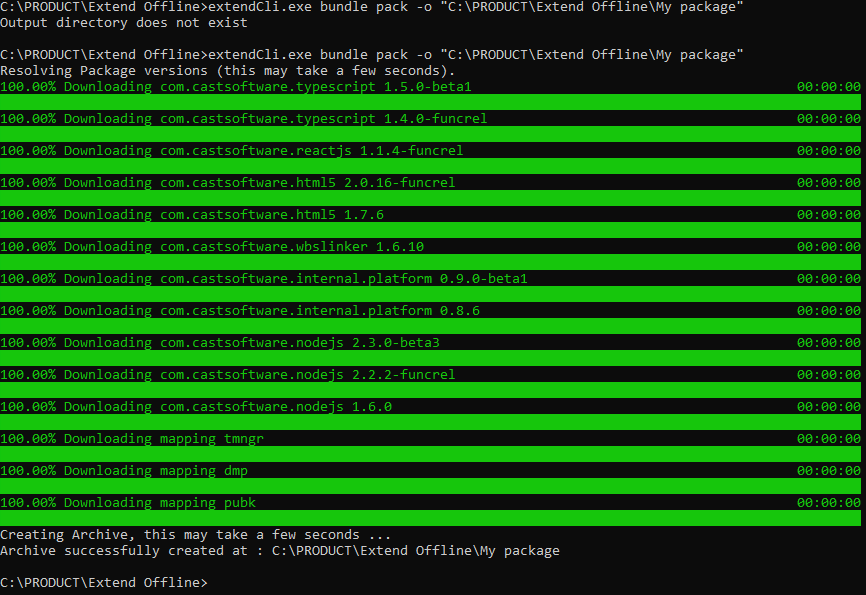