This page explain the algorithm behind the calculation of the Risk Propagation Factor (RPF) of an object for Robustness, Performance, or Security Violation.

As an initial condition, objects located on the root of a call graph have the value 1.

The algorithm that calculate the RPF of an object  named O is as follows: 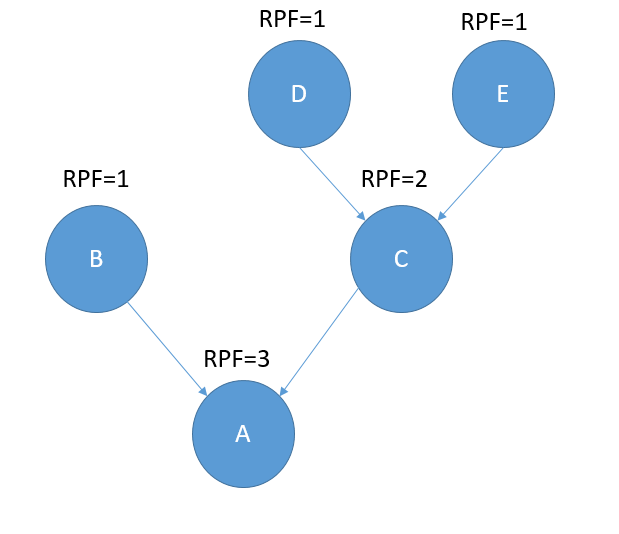 Assuming that we have 3 objects located on the root of call graphs: B, D and E.

RPF is the weighted average of call paths and also taking into consideration the RPF's of the objects which are calling the other object.