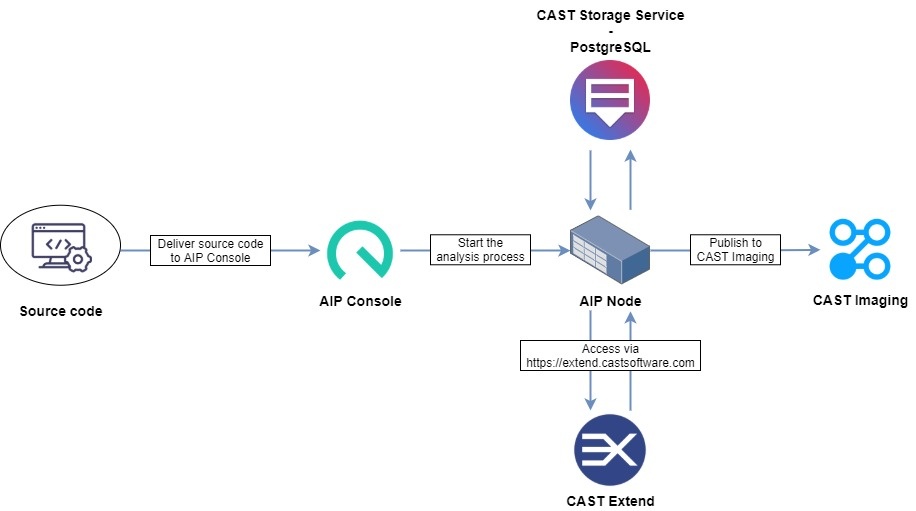 AIP Console is a front end web application that can be installed on Microsoft Windows or Linux and provides services that are required to configure and run analyses remotely on multiple analysis machines. It supports the full analysis process from registering the application, delivering the source code to producing the snapshots and viewing the result in CAST Imaging. AIP Console is designed such that it allows you to: