Skip to end of metadata Go to start of metadata
Summary: this page describes how to install the CAST SAP Extractor on to the SAP instance.

This release can co-exist on the same SAP instance as previous releases of the CAST SAP Extractor NG, however CAST highly recommends uninstalling the extractor after you have completed the extraction process. 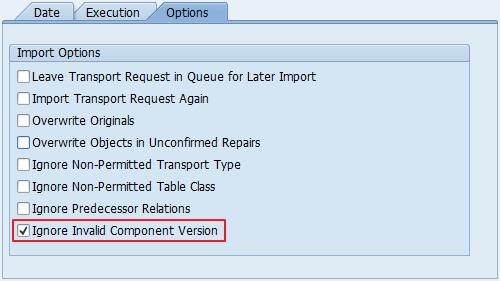 A Solman 7.2 environment is required to use the ≥ 8.3.x CAST SAP Extractor NG. Previous releases of Solman are not compatible. 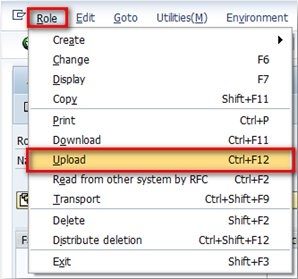 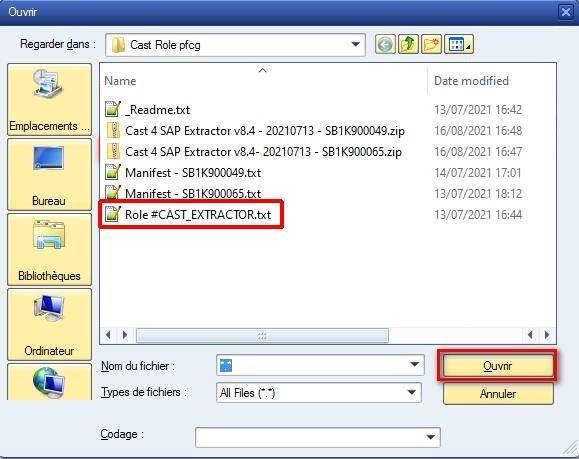 Routines and user exits naming patterns are required for the CAST SAP Extractor to retrieve and process custom patterns. Those patterns are stored in a custom table entitled ZCAST_EXTRMODI_T. This table has to be populated for this extraction feature to be operational. Default entries are delivered in a dedicated custom transport request, which can be imported following the same procedure as described previously.

It is of utmost importance to assign this role to the users who will be using the CAST SAP Extractor NG. Only users assigned this role can use the extractor. 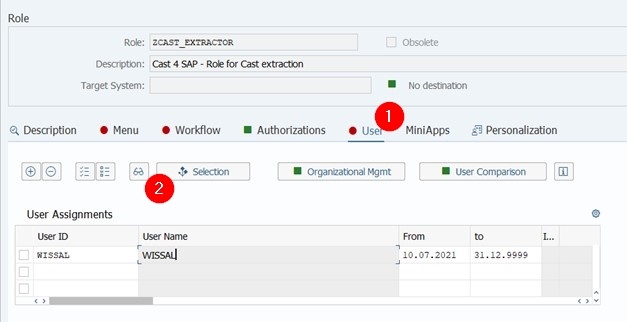 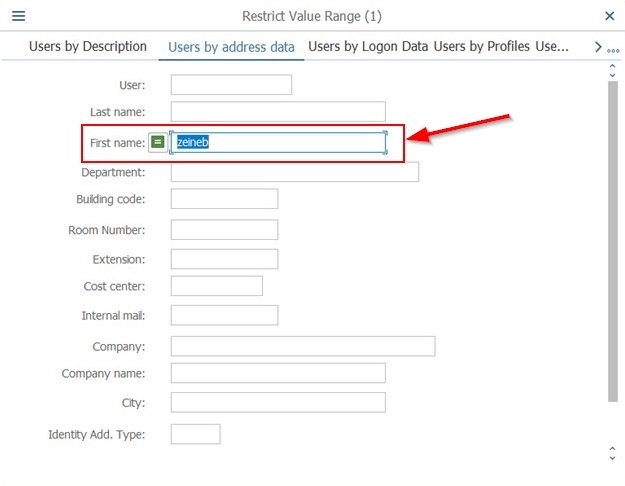 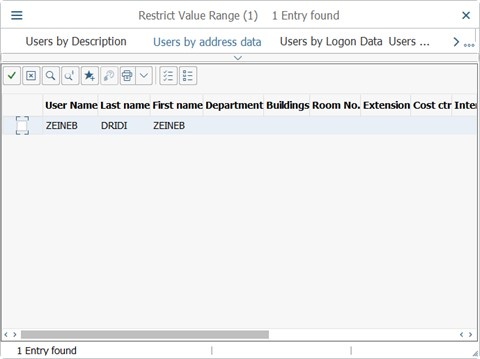 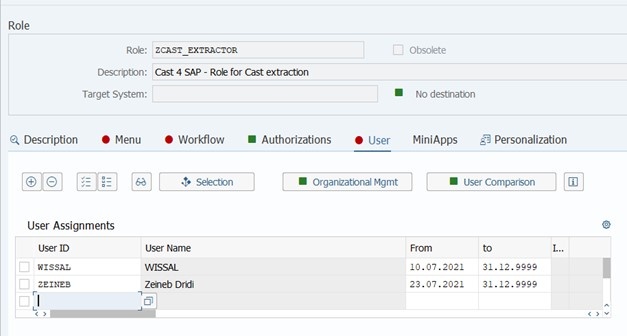 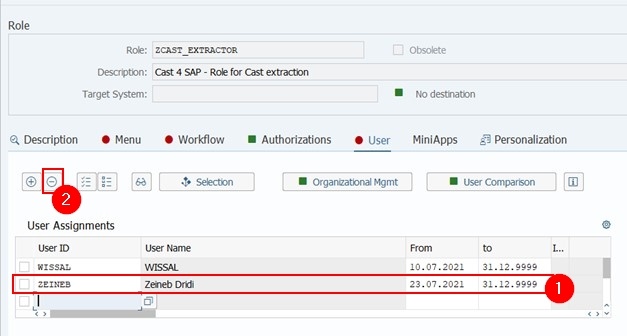 If you have installed CAST Role by uploading the corresponding file, then you can delete this role manually from your system:

Note that in ≥ 8.4.3, the second "Package removal transport request" is not provided. This is because the authorisation object cannot be removed and for this reason the package will always exist in the system (it will be empty but cannot be removed).