User Input Security - how does it work

This documentation is no longer maintained and may contain obsolete information. You should instead refer to Application - Security Dataflow and User Input Security - how it works.

The User Input Security feature incorporates a "Dataflow Engine" that uses intermediate bytecode (known as "CASTIL") that is produced during the analysis:

The Dataflow Engine uses a tainted variable mechanism to track the user input that has not been sanitized. The engine will track vulnerabilities via tainted data that flows from the user input down to the target methods, as shown in the image below showing an "SQL Injection" scenario: 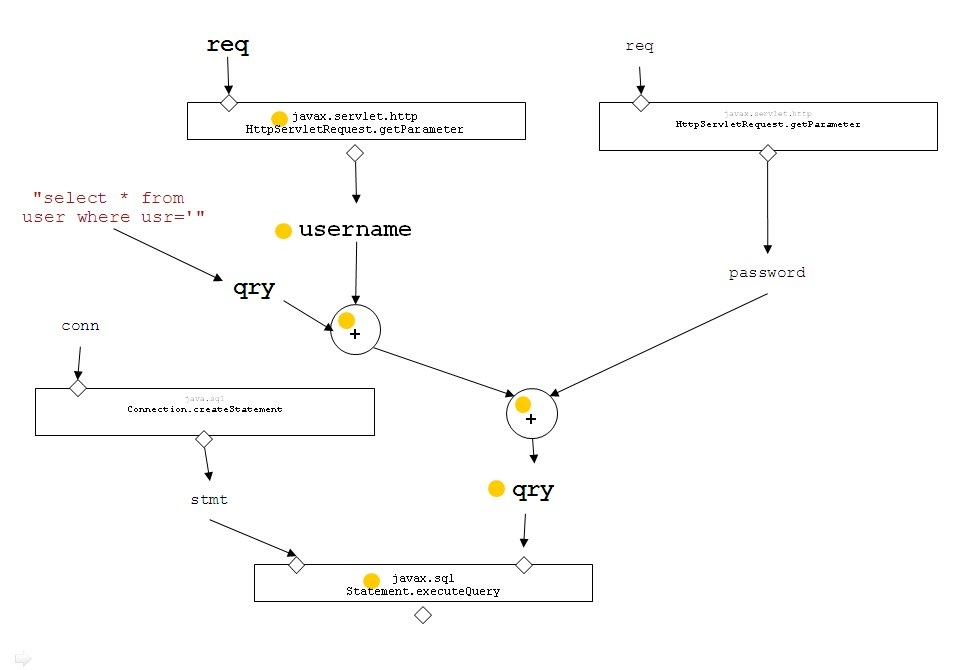 Because the best known user input vulnerability is SQL Injection, it is generally considered that the User Input Security feature requires an end-to-end analysis from the client code down to the database code, however, this is not the case. The Dataflow Engine only needs to explore the JEE or .NET code.

How does it work?

The bytecode is generated when a snapshot is generated and is then stored in the Large Intermediate Storage Area (LISA). The path to the bytecode storage folder is logged in the SecurityAnalyzer.log which logs all User Input Security actions. You can open the SecurityAnalyzer.log file by clicking the link in the CAST Management Studio log window under the step Run DataFlow Security: 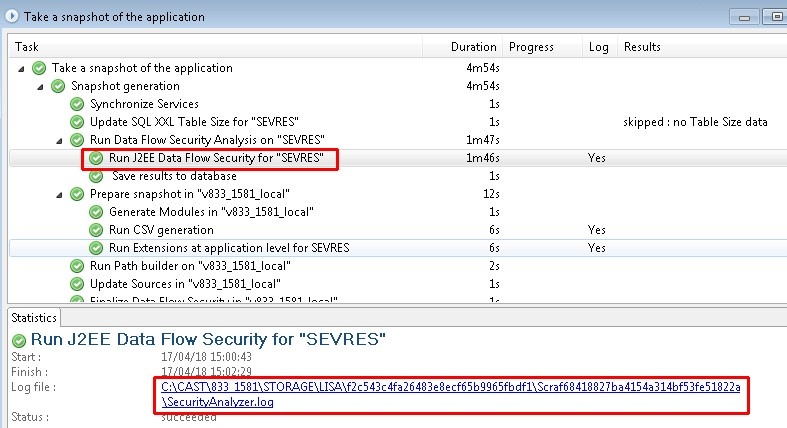 See Initialize the platform preferences in CAST Management Studio for more information about the LISA folder and its location.

The LISA folder can be opened directly from the CAST Management Studio: 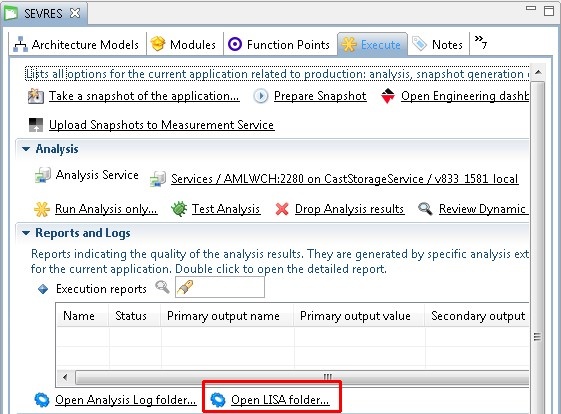 The bytecode is stored in the ConvertedCastIL folder in the LISA: 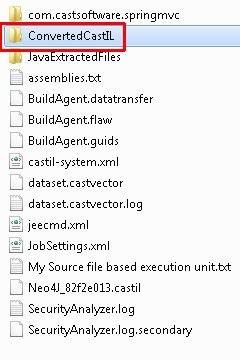 Other related files that may be of interest: