This tab is only visible in Advanced or Expert Audience mode. It allows you to manage Refined Targets that can be used in the Rules tab. 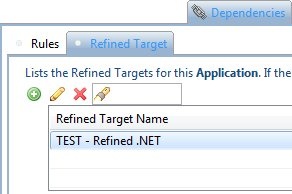 As explained in the Rules tab, CAST will discover and create dependencies between Analysis Units or Technologies to ensure that links between objects (for example client side code to database code) are recorded in the CAST Analysis Service.

Dependencies that are a created by CAST will be either between Analysis Units or between Technologies (where no dependencies between Analysis Units have been discovered) and this level of dependency is generally quite broad. As such, there is a possibility that incorrect links may be traced if a string happens to match a given name even if it is not logically related to the corresponding object.

Take for example the situation where CAST has created a default dependency Rule (see Dependencies - Rules tab) between the VB Technology in your Application and the MS SQL Server Technology in your Application. In some situations, this dependency will be too broad, and may give rise to the creation of multiple false links between the Source and Target.

If this is is the case, you can "refine" or "filter" the Target so that only specific components (for example only SQL Tables) are considered as the Target, rather than the source code in an Analysis Unit or in an entire Technology within an Application.

When you add a new Refined Target either in this tab or via the Dependencies - Rules tab, then the Refined Target dialog box will be displayed, enabling you to configure the target: 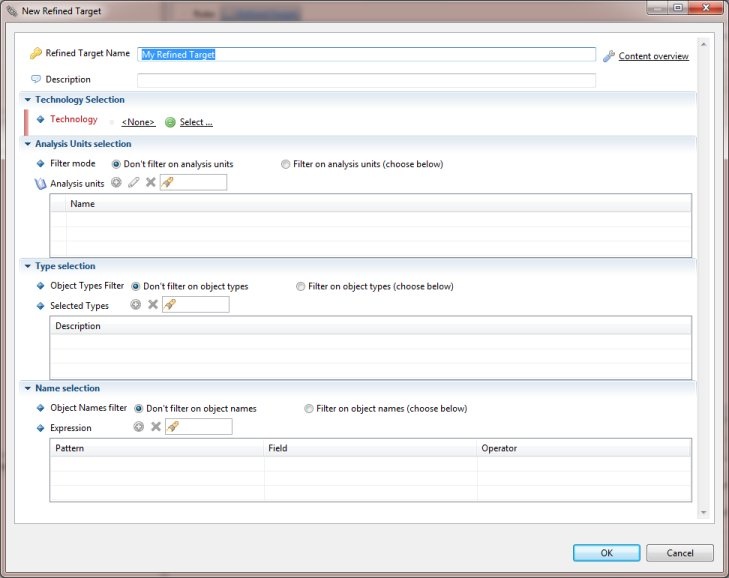