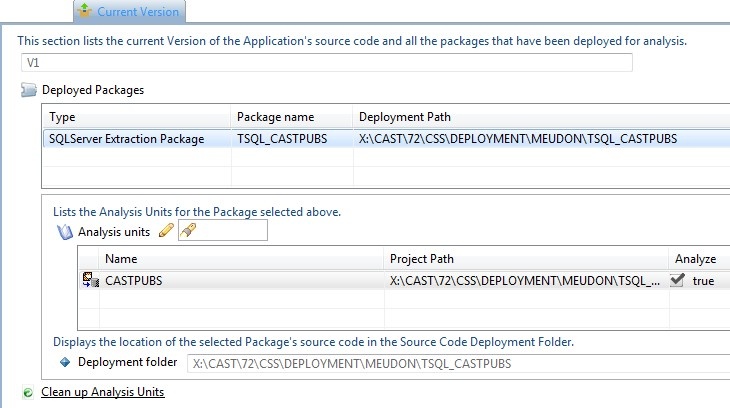 The Current Version tab lists and enables you to manage:

This section lists the packages that have been deployed during the Set As Current Version action (see Delivery tab). A package is listed as follows:

Selecting a package will display the Analysis Units that have been automatically created from the source code in the package.

This section lists the Analysis Units for the source code Package selected in the above list, either: