Skip to end of metadata Go to start of metadata
Summary: this page describes how to customize the dashboard context names to match your own needs.

This documentation is valid only for Console 1.x.

By default, the integrated CAST dashboards (Health and Engineering) are configured with the following names, which feature in the access URLs from the relevant icon depicted in the table below:

It is possible to change these context names as follows:

Locate the following file and copy it to an empty temporary folder:

Unzip the copied aip-console-app.jar file located in the temporary folder using an extractor utility such as 7Zip.

Navigate into the extracted files to the following location:

Rename the appropriate subfolder to the required context name - you can rename one of the folders or both: 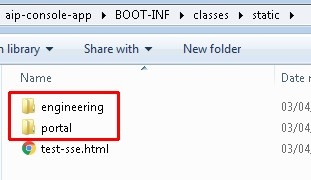 For example, we have renamed the folders as follows: 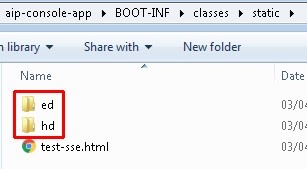 Rezip the aip-console-app.jar file using using an extractor utility such as 7Zip. Ensure the resulting file is named with the .jar extension and contains the three folders shown below at the root: 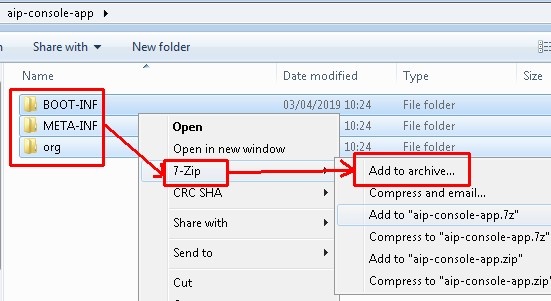 Rename the following file so that it can be restored if required:

Copy the newly created aip-console-app.jar file from the temporary folder into the following location: