Note that CAST highly recommends updating to the new release of AIP Console to take advantage of new features and bug fixes. See Upgrade process for more information about this.

New release to correct a CVE violation that was discovered in AIP Console and in the RestAPI war.

A new option that will be made available when delivering a new source code version (where one exists already): 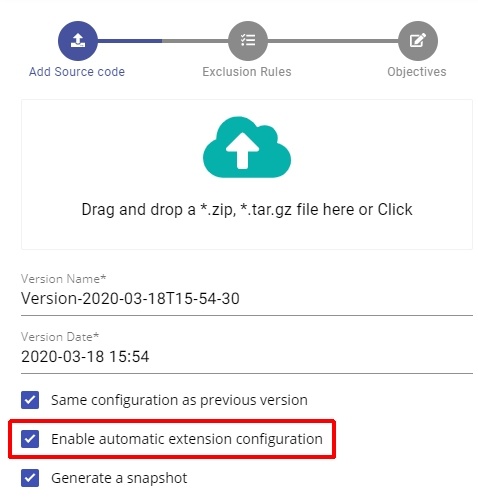 A new option is available in the Application - Extensions screen: 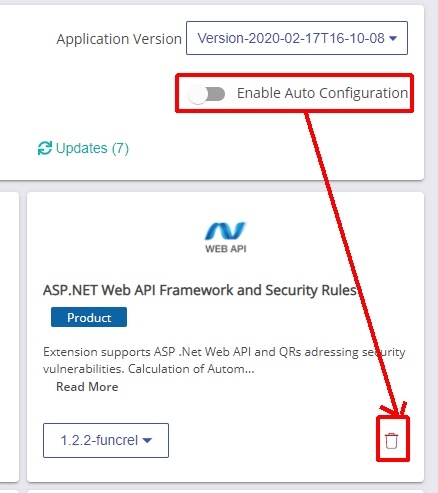 New release to correct an issue where the creation of a new Application fails when the Application name contains a special character such as "()","#","+" etc.

New release to correct an issue where the creation of a new Application fails when the password for the CAST Storage Service/PostgreSQL "operator" user is changed.

New release to correct an issue where importing Applications into AIP Console that were previously managed with CAST Management Studio fails due to an inconsistent Application GUID stored in an internal technical table (cms.dynamicfields).

Display sub-logs (logs of each analyzer) in real-time

When performing an analysis/snapshot, sub logs (for specific steps in the analysis/snapshot process) will be displayed in real-time. Previously, the sub-logs were only available once the parent step was complete: 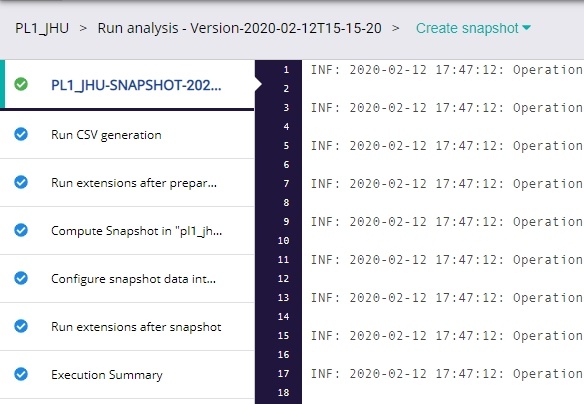 Functional size is displayed as follows in the AFP Count screen:

This data is updated each time the Compute option is actioned, therefore these values may differ from what is stored in the latest snapshot: 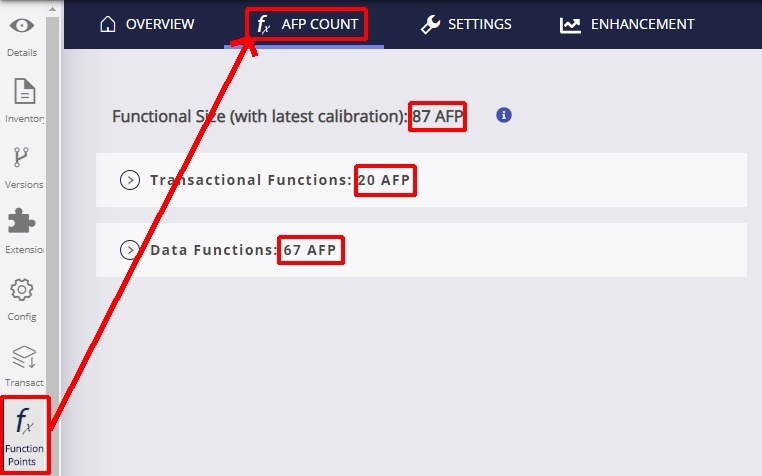 The info button displays the following message to explain the functional size information:

Performance improvement when checking content of sets and rules

The code used to run the "check content" options for generic sets and rules when working with Transactions has been optimzed and is now quicker to complete.

An update has been made in order to show the details of:

Users with the Application Owner role can access  the Architecture Studio 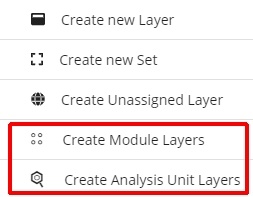 Two new options have been added called Create Module Layers and Create Analysis Unit Layers - they allow you to quickly create a layer based on the content of a Module or an Analysis Unit. For this to function, an analysis/snapshot is required. When selected, you will be offered the chance to choose the Modules/Analysis Units you want to create a layer from:

Note  that these two options will only appear when the context is set to a specific Application (if Global is set, then the options are not available):

The Application backup/restore action has been improved:

Analysis of PL/1 technology is now fully supported in AIP Console. Previously, the preprocessor (provided in the PL1 extension) that transforms .TXT files or files with no extension (which are sometimes delivered in addition to .PLI and .PLC files) into PL/1 format was not triggered during the delivery process in AIP Console. This is now resolved. Note that it is important to organize the PL/1 source code in a specific way otherwise the preprocessor will not be launched during the delivery:

A set of extensions (providing reporting capabilities) have been added to the whitelist and set to force install (see the Extensions Strategy option) out of the box in 1.14.x and after upgrade to this release. This means that these extensions will be will be installed for all Applications managed within AIP Console during the next source code delivery:

The extensions are as listed below (those marked with a * are User Community extensions):

These extensions provide reports post analysis to help you validate your results. It is not mandatory to use them (they can be disabled), but they do provide additional insight. Some additional notes: 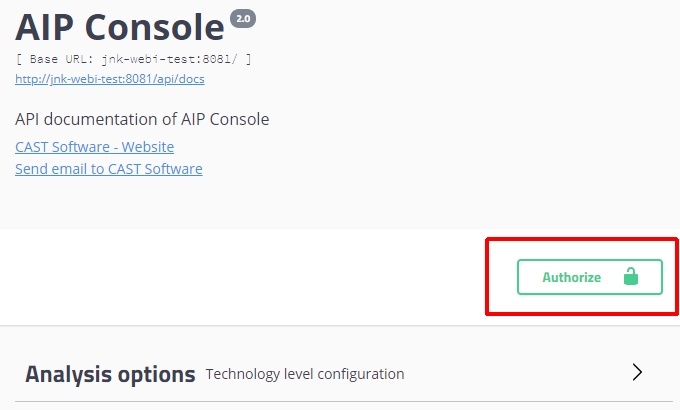 Automatic selection of target node when creating a new Application

If you are managing multiple AIP Nodes with AIP Console, when creating a new Application the choice of AIP Node on which the Application will be installed is suggested automatically based on the available resources on all AIP Nodes. You are free to select a different AIP Node if required.

It is now possible to configure a Caller/Callee block with multiple link types, instead of having to choose just one as in previous releases: 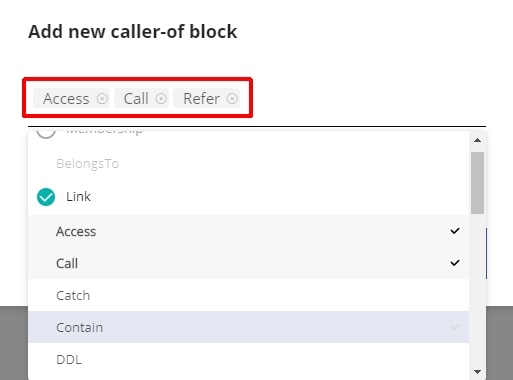 Note that this feature requires the use of CAST AIP "core" ≥ 8.3.17 with your AIP Nodes.

In previous releases of AIP Console, when LDAP/Active Directory/SAML authentication was active, AIP Console roles assigned to groups/users did not function correctly when using the embedded dashboards. This issue has now been resolved.

In previous releases of AIP Console, when using the embedded dashboards, it was not possible to drill down/navigate to the Engineering Dashboards from the Health Dashboard. This issue has now been resolved.